You are here: Home / RV Travel Destinations / Back Thru Michigan – Summer 2016

Travel Stage: After Kentucky & Indiana, Before heading to the Upper Peninsula
Date Range: May 28 – June 17, 2016
Summary: We swing back through the Lower Peninsula of Michigan for a couple weeks visiting friends and family we haven’t seen since we took off on this adventure 9 months ago. Not to mention Michigan is AWESOME in the summertime! Bring on the lake!

​We lived in the Lower Peninsula of Michigan for nearly 5 years, about 2 hours north of Detroit. We have friends who still live in that area, as well as family and friends spread across the state. We did our best to meet up with as many as of them as possible during our couple week stay.

​Our first stop was to a good friend’s farm in a small town called Grasslake outside of Ann Arbor. We spent a lovely 5 days here on their beautiful horse farm within range of Tom’s folks’ home and multiple friends. This was the last place we stopped at in Michigan when we left in the fall, and it felt so good to be back! My friend Aleta and I rode the horses almost daily.

​Tom’s parents were one week from closing on the sale of their house in Brighton when we arrived, so we were able to help with some final packing and arrangements. It was very weird seeing their house so empty, and it brought back memories of our own house sale last year. We were glad we were there to help them during that stressful time.  ​We also squeezed in some fun on the water at one of our favorite lakes in the area, Trout Lake, found in the Island Lake Recreation Area. It is an old gravel pit filled in with water the color of the tropics! Our friends brought their paddleboards, so we and the dogs got to try them out for the first time ever!

​From there we made our way north to the Midland/Saginaw area where we used to live. We stayed with our good friends, Tyler and Jen, and visited many more in the area too.  We had some appointments and such to take care of in the area. On one such occasion, we went into our appointment and left both dogs in the truck. When we came out, only one remained. The 8-hour chaos of looking for Bella and miraculously finding her is documented in its own blog post.

​With Tyler and Jen we tackled our first Escape Room! We diffused the bomb and got out of the room in just 4 minutes and 39 seconds remaining. Talk about an adrenaline rush!

​Leaving our fifthwheel near Midland, we took several days to travel across the state to visit Tom’s sister and brother-in-law in Lansing and Cait’s sister in Grand Rapids. It was sooo good to see them! We hadn’t seen Tom’s sister and her husband since their wedding right before we left Michigan, and both our siblings had gotten new jobs since then. It was so good to catch up on everything.

Cait’s sister and boyfriend had recently moved to a new apartment with a pool, so we had an AWESOME summer day at the pool!

​On our way back to the Midland area, we made a brief stop to pick up a boat. A boat? Yes, a boat.

​Tom and his Dad bought and rebuilt a 1965 Glaspar G3 ski boat when he was young. Tom (and later Cait) spent lots of time on that boat. When Tom’s parents decided to move to Florida, they bought a more ocean-appropriate boat to use on the canals and waterways, leaving a big question mark on the G3: No one wanted to get rid of the G3, but what were we to do with it? It didn’t make sense to move it down to Florida and store it there. That’s a long way to tow and has expensive storage rates. ​Tom’s Dad asked if we could tow the boat up to the Upper Peninsula and store it there where we could get more reasonable rates. Double-towing was something we’d never done before, but it was legal and doable in the State of Michigan. We picked up the boat out of its winter storage and back to Midland we went. A short test, a backup camera, and some hitch modifications later, we were ready to double-tow a boat behind our fifthwheel up to the Upper Peninsula!

​We left early in the morning to make the drive up to the Upper Peninsula from Midland. We had stretched our stay a few extra days in the Lower Peninsula, soaking up the time with our old friends and our sisters who we probably wouldn’t see for another year or so. After the Upper Peninsula we were heading west and we still don’t know what will happen after that.

​We had spent time back in our comfort zone, with all the familiar places and faces. It was – and still is--the hardest thing to leave behind on this adventure. But the road beckons, and we have lots of unfinished business with the road. It made our time with them all the more sweet. 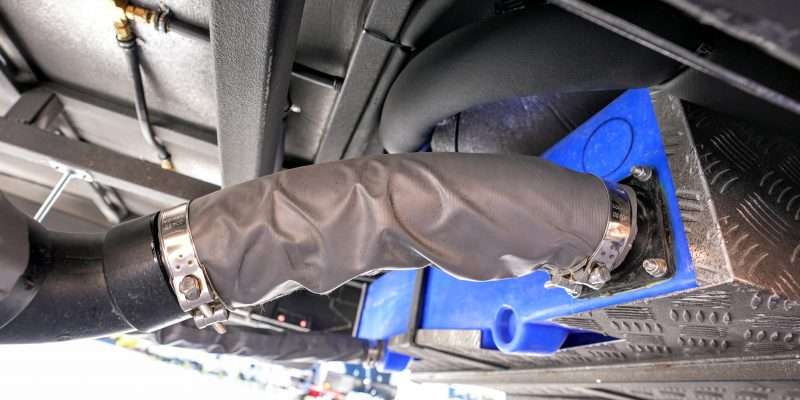