You are here: Home / Our Story / Christmas in Ventura

Travel Stage: After Pinnacles, Before Quartzsite
Date Range: December 14-26, 2016
Summary:  We spend a few nights in Paso Robles at a winery before making our way to Ventura for Christmas! We visit with high school friends in Ventura and LA and enjoy the SoCal weather at Ventura Ranch KOA. We visit Griffith Park, Ventura Harbor, and of course, the BEACH!

We were getting pretty excited about getting down into Southern California. We had a couple of freezing nights where we were staying near Pinnacles National Park, and that was just about enough for us. (This full time travelling has sure made our cold tolerance low!) A nice, warm Christmas in SoCal sounded just lovely.

​To leave Pinnacles NP area we drove through a windy valley. Though windy, it was beautiful! The mountains and greenery on either side was breath-taking!

​We stayed at a winery as a part of our Harvest Host membership in Paso Robles for a couple nights to break up the drive to Ventura. Paso Robles is a big wine area, so it was really fun to get to stay in the middle of it all. The winery was named after a dried up creek that hadn’t always been so – remember California is in a drought and has been for many years. The water situation in California is enough for its own blog post, so I won’t get into it here.

​After Paso Robles we were back on Highway 101, which we had been driving a lot of this fall. It took us back along the ocean through Pismo Beach and Santa Barbara. It was sunny and we were happy!

​We found a campground just north of Ventura that was just our speed – the Ventura Ranch KOA. It was technically located about 20 minutes from Ventura in the small town of Santa Paula, nestled up against the Topa Topa Mountains, and surrounded by orange groves. It was splendid. Peacocks roamed wild throughout the place. We did a review video for the campground:

​One morning, we were filming for this video when we noticed some things that truly stuck out as different to us. A group of 7 or 8 young adults were camping in the tipi section and were out and about. We were bundled in hats and gloves for the 50 degree weather (I told you, zero cold tolerance now) while these folks were barefoot, shirtless or wearing tank tops, and those stocking hats all the cool kids are wearing these days.

It was something out of a commercial: the shirtless guys were tossing a football around, the bohemian-looking girls were stretching doing yoga poses in their tank tops and leggings and skateboarding, another guy was doing some sort of funky dance to the indie music playing from their campsite, and on it went.

Tom and I just sort of stopped and stared for a few minutes – completely forgetting to take any pictures or video despite the plethora of cameras we were holding. We were definitely in Southern California.

Apparently Ventura used to be a bit of a rough town, as we had multiple people warn us about Ventura, or give us incredulous looks when we told them we were going there. Ventura lies along US Route 1 in between Los Angeles and Santa Barbara and is rich in agriculture due to the Santa Clara River that meets the ocean there.

​We didn’t notice anything rough about it, since we spent most of our time either at my friend Kate’s boat or at our campground in Santa Paula. However, we did take some time to enjoy the beautiful beach!

​On Christmas Eve we met up with an old high school friend of Tom’s and her fiancé for a hike up to the Observatory at Griffith Park.

From the top we saw the Hollywood sign, and amazingly we could see the ocean! (It had rained the previous night, so the smog level was less than normal.) The science museum was of course a hit with us, too (especially Tom, science and space nerd that he is!).

We wrapped the day up with burgers and beers at a good old Irish Pub near Glendale.
​
Christmas Day we had to ourselves, but we did video chat with our families on the other side of the country. It is always a wonder thinking about where we were last Christmas (South Carolina) and the Christmas before that (Michigan) and where we are now.

Who knows where we will be next Christmas? 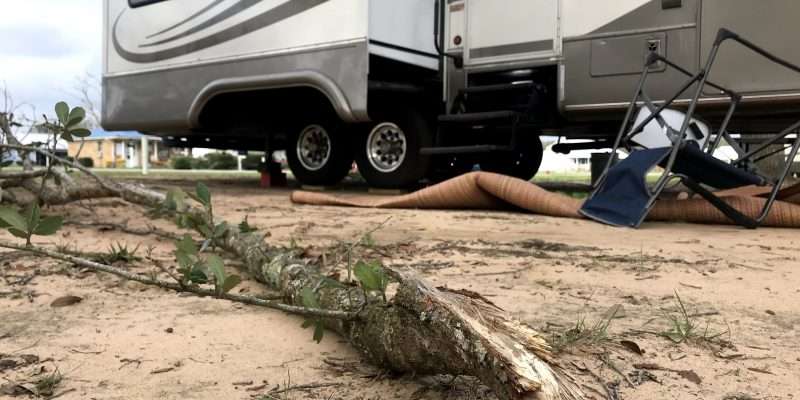 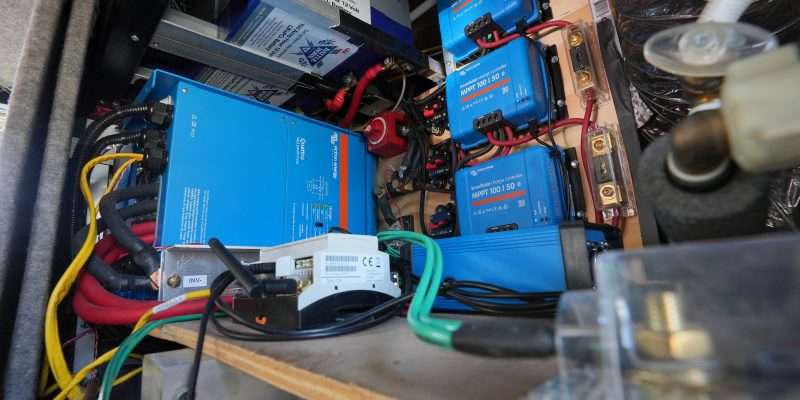