Manual transmission trucks are quickly becoming a thing of the past. Only a few automakers produce them anymore, and driving one is becoming something of a lost art, too. If they were animals, they’d be on the endangered species list. Let’s take a long last look at these once-commonplace creatures before they’re entirely gone.

What Is a Manual Transmission Truck?

The reality is that some younger drivers may not even know what a manual transmission truck is. So let’s start with the basics.

A manual transmission, also called a standard transmission, has a stick, or lever, that you move to physically change gears. Besides the brake and accelerator, there’s a third pedal called a clutch, which disengages the engine from the drive train. You push the clutch with your left foot and shift from gear to gear with your hand.

These days, most transmissions shift automatically and require no action on the driver’s part. This innovation came along in the late 1940s and took off quickly because it made driving much easier.

A manual transmission vehicle does not have this but has a clutch in place of the torque converter. The clutch is manually activated and should not slip, this means that if the vehicle comes to a stop in gear the engine will stop (stall) too.

For decades, though, the transmission type in your car or truck was an option. Many models were available with either an automatic transmission or a manual one.

What Are the Benefits of Manual Transmission Trucks?

Even though manual transmission trucks are a dying breed, many drivers still believe they have some benefits. They like how they have more control over a truck’s performance. After all, you can shift when you want to, not when a computer decides. This can be helpful when you’re towing, especially going up and down hills. They are also more durable and easier to work on because there are fewer parts.

There are other traditional arguments in favor of manual transmission trucks, but some no longer hold true. One is that they have a lower sticker price, and the other is that they use less gas or diesel.

It’s a fact that trucks with standard transmissions used to cost a bit less. Nowadays, however, there are very few transmission options at all. As for fuel savings, modern automatic transmissions are much more efficient because of improvements in technology.

What Are the Disadvantages?

Some say that manual transmission trucks turn driving into a chore. They certainly require more effort–and more limbs, too. You have to use your right hand to shift gears and your left foot to press the clutch. If you’re not accustomed to it, it’ll seem like a lot more work, especially in stop-and-go traffic situations.

Also, not all drivers know how to operate a manual transmission or even feel comfortable doing so. If your traveling partner is not on board with it, that means you don’t have a relief driver. And teaching someone to drive stick is no easy feat!

Off-road driving has both pros and cons with manual transmissions. Pros are the control it offers allowing you to retain torque and power when needed. The cons are that shifting in precarious situations and steep hills can be hard and possible cause you to slip or get stuck.

Pro Tip: Whether you have a manual or automatic transmission, take your truck on your next camping adventure by following these steps to Turn Your Pickup Into a Camper With a Truck Bed Tent.

Why Are Manual Transmission Trucks Becoming a Thing of the Past?

There are still people who prefer to drive a stick, but their numbers are shrinking to almost nothing. It’s all about economics, and the fact is that manual transmission trucks are a hard sell.

Thirty years ago, trucks with standard transmissions accounted for about 30 percent of all sales. They’ve declined ever since as automatic transmissions have gotten better and become the standard.

A six-speed manual transmission comes standard with Jeep’s only pickup, but only with the Sport and Sport S models. It’s paired with a 285-hp 3.6L engine, which offers up to 442 lb-ft of torque. The Gladiator has a bed length of 5 ft. Towing capacity is 7,650 lbs and the maximum payload is 1,600 lbs.

The Tacoma TRD Pro has a six-speed manual transmission as an option. It comes with the standard four-cylinder engine or a more powerful 3.5L V6. It’s a four-door double cab with a 5-ft bed. This version of the Tacoma is available as AWD and has a max towing capacity of 6,400 lbs. The payload capacity is 1,155 lbs.

Pro Tip: If you like adventuring over rough terrain, you may be wondering Are Toyota Tacomas Really as Good at Overlanding as They Say? Let’s find out!

We’ve got a manual transmission truck ourselves, but it wasn’t really by design. Because of our passion for overlanding, we wanted a rugged truck that would easily handle our customized truck camper.

That led us to a 10-year-old flatbed Ram 5500 that was originally built as a dually for commercial use. We found it on Kodiak Island, Alaska, and had it ferried to the mainland. We hadn’t driven a stick shift in a while, so there was a slight re-learning curve. It’s not fast, but it will go pretty much anywhere we point its oversized, military-grade tires.

Is It Worth It to Own a Manual Transmission Truck?

These days, the drivers holding on fast to manual transmissions are mostly sports car drivers. They love them because it puts them more in control of their car’s performance. With trucks, there’s not really a compelling reason for them unless they’re simply what you’re used to.

Do you favor a manual transmission? Tell us why in the comments below! 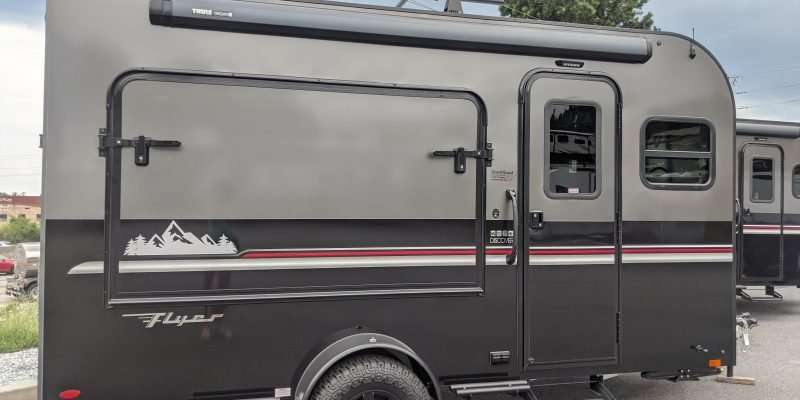 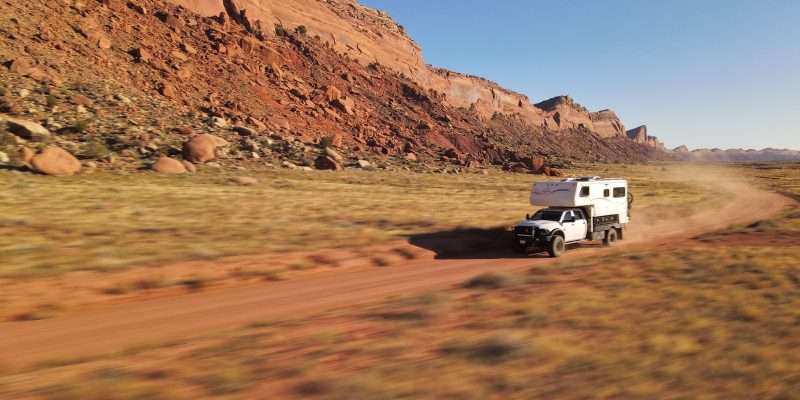 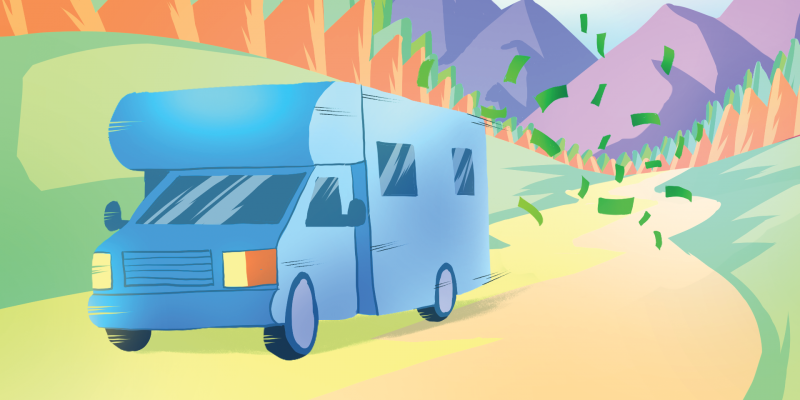