McCarthy, Alaska lies in the middle of the United States’ largest National Park and is home to the historic remains of the Kennecott Mine – the largest and purest yielding copper mine of its day!

Watch our full adventure in Valdez and McCarthy in Go North Episode 14 below: 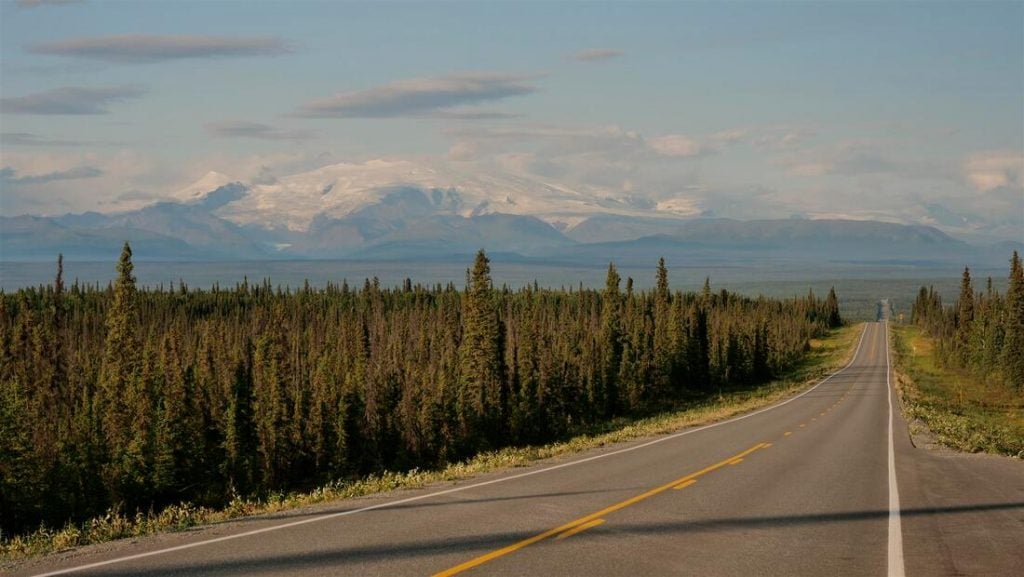 In the early 1900s, the Copper River and Northwestern Railroad was built out to Chitina and to McCarthy, but fell into disrepair after the mines closed. Now the road mostly follows the old railway bed, even across the Kuskulana Bridge, built in 1910, spanning 525 ft, 238 feet above the river below. 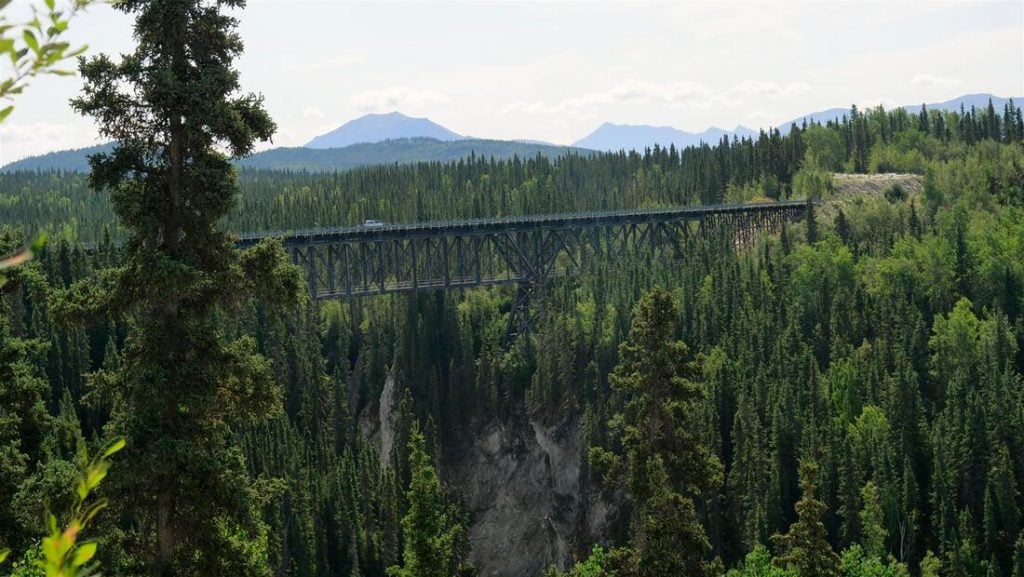 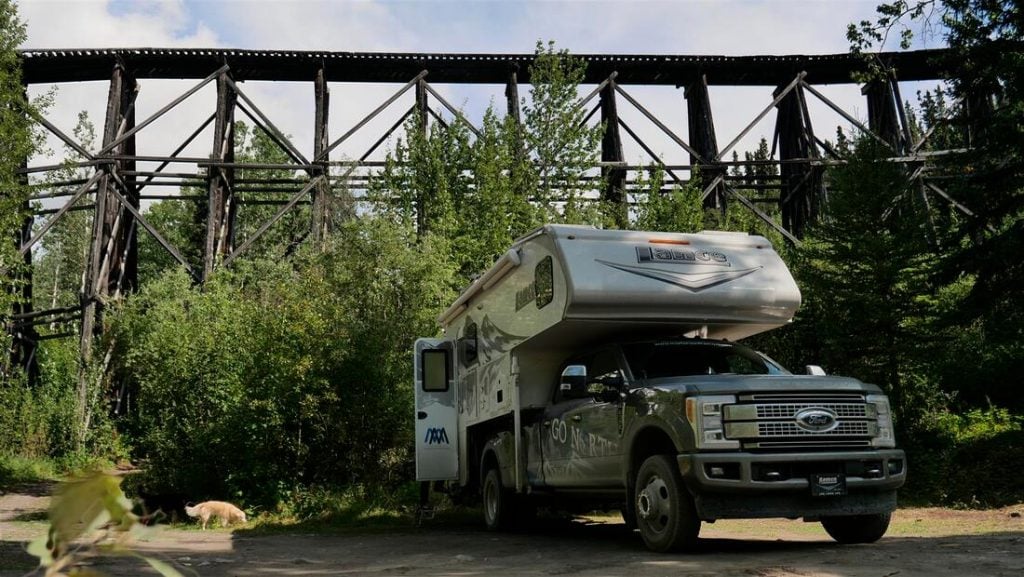 This road turned out to be rough and slow, and it took us most of the day to get out there, leaving little time to explore.  At the end of the road, you cannot drive to McCarthy but you can take $15 shuttle, walk, or bike…. we chose to bike.  There is also a campground at the end of the road called Glacier View Campground, plus an campground along the river called Base Camp.

We also took the rough “Wagon Trail”/ATV trail instead of the road, and got to Kennecott Mine just as it was closing.  ​In hindsight, we should have taken the shuttle up and biked down – the going was a little tough, and we didn’t have as much time as we would have liked to explore! 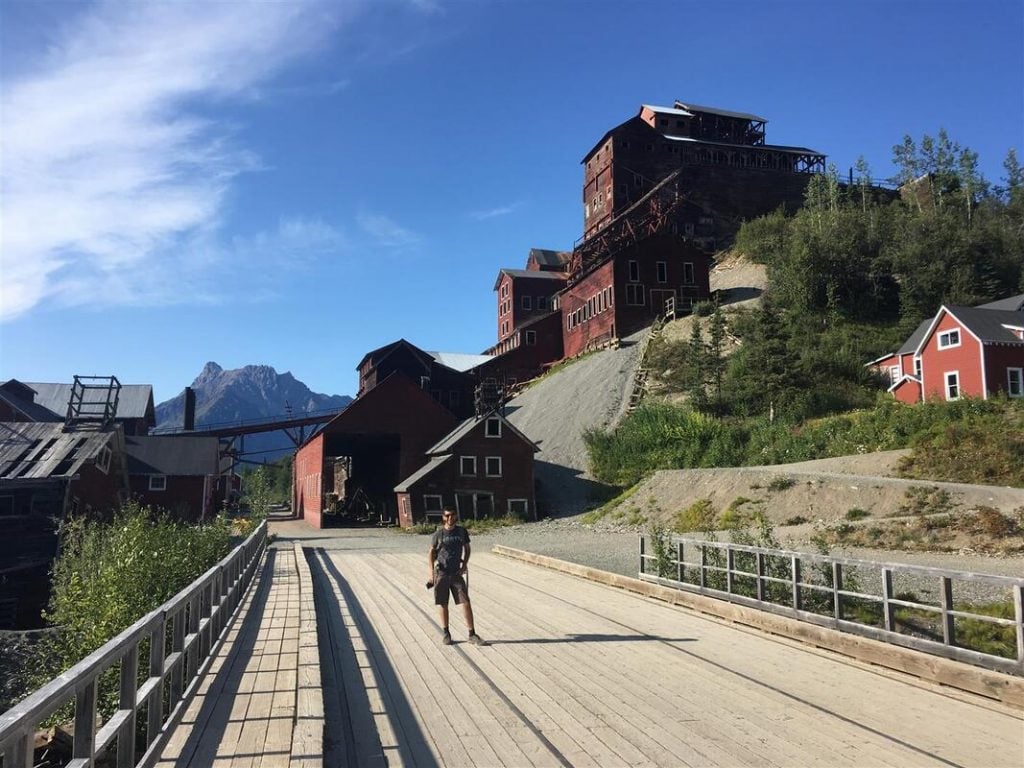 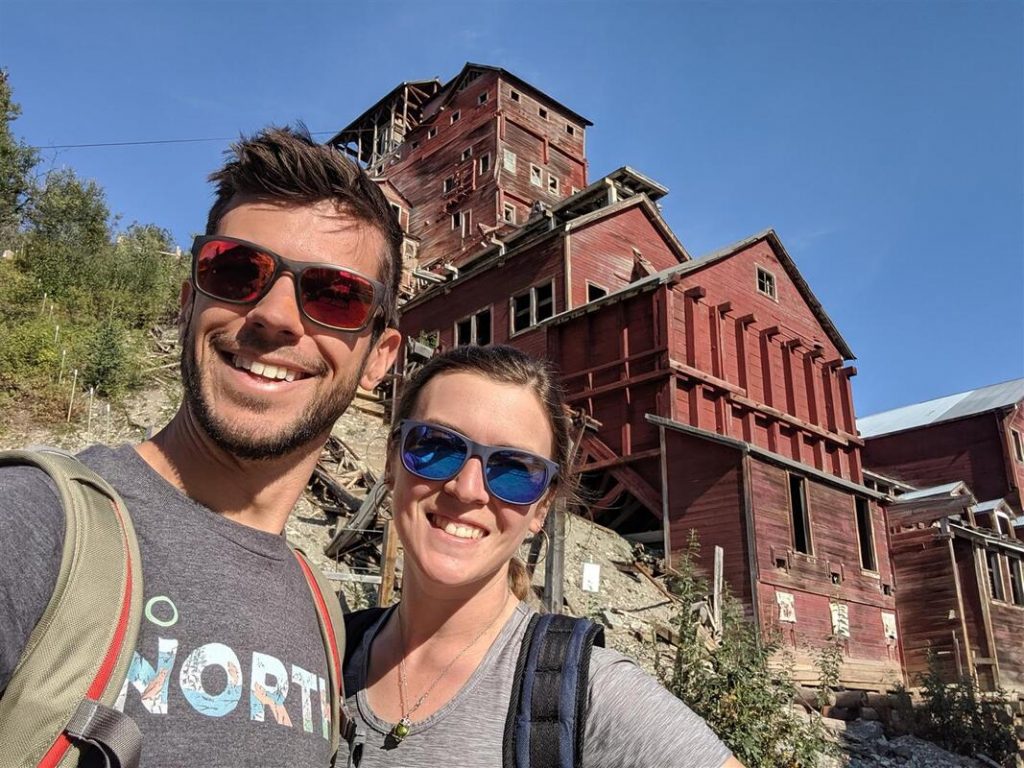 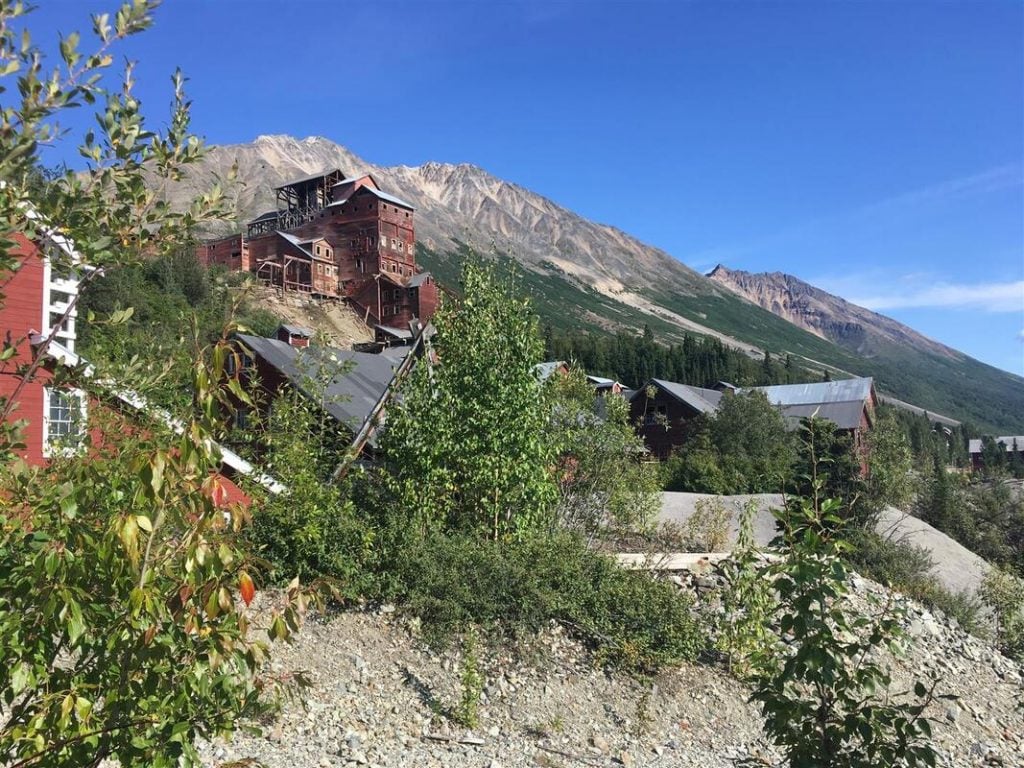 This very remote mine is being restored and operated by the national park service and tours are offered.  This mine, mined copper from the high elevations around this area and processed much of the rock right onsite.  We had a perfect day and the mountains and massive glacier surrounding this mine were just incredible.  ​

We didn’t have time, but the Root Glacier Trail is a popular hike from the Mine Site – many people were returning from their day hikes out to the Glacier when we arrived.

Check out this list of things to do in McCarthy-Kennecott to help plan your visit! 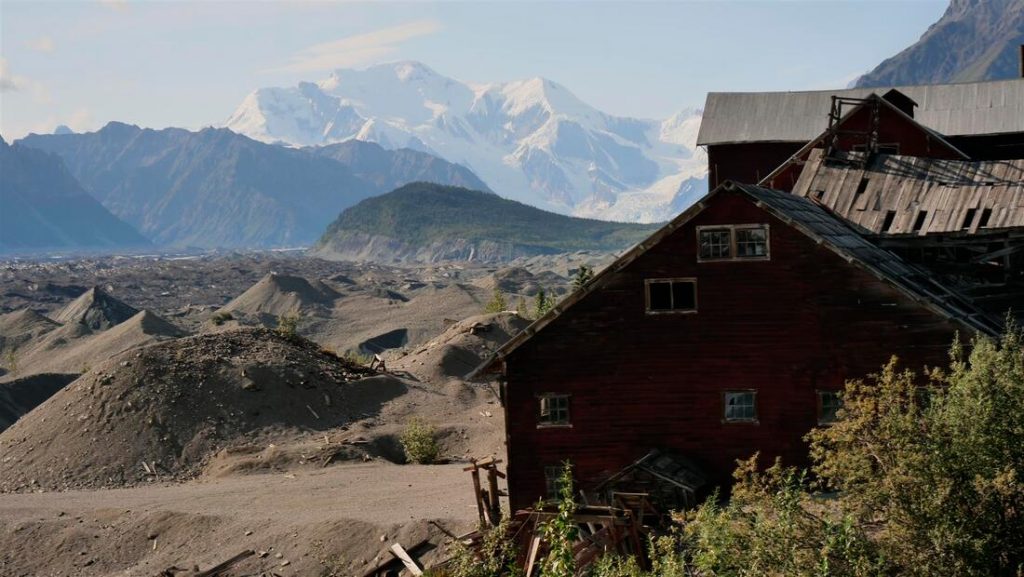 We took the road back down which was easy as it was all downhill, and briefly explored the town of McCarthy.   This town was described to us as the best example of what old Alaskan towns looked like and was originally the company town that supported the mine. It was as if time stood still in this town. 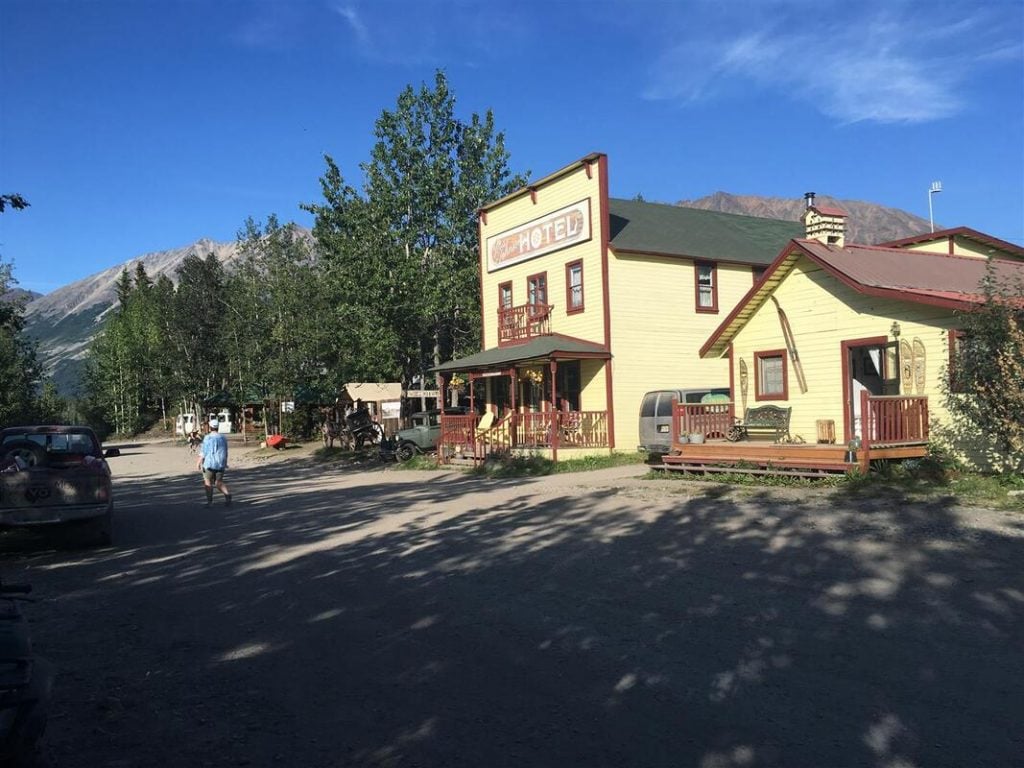 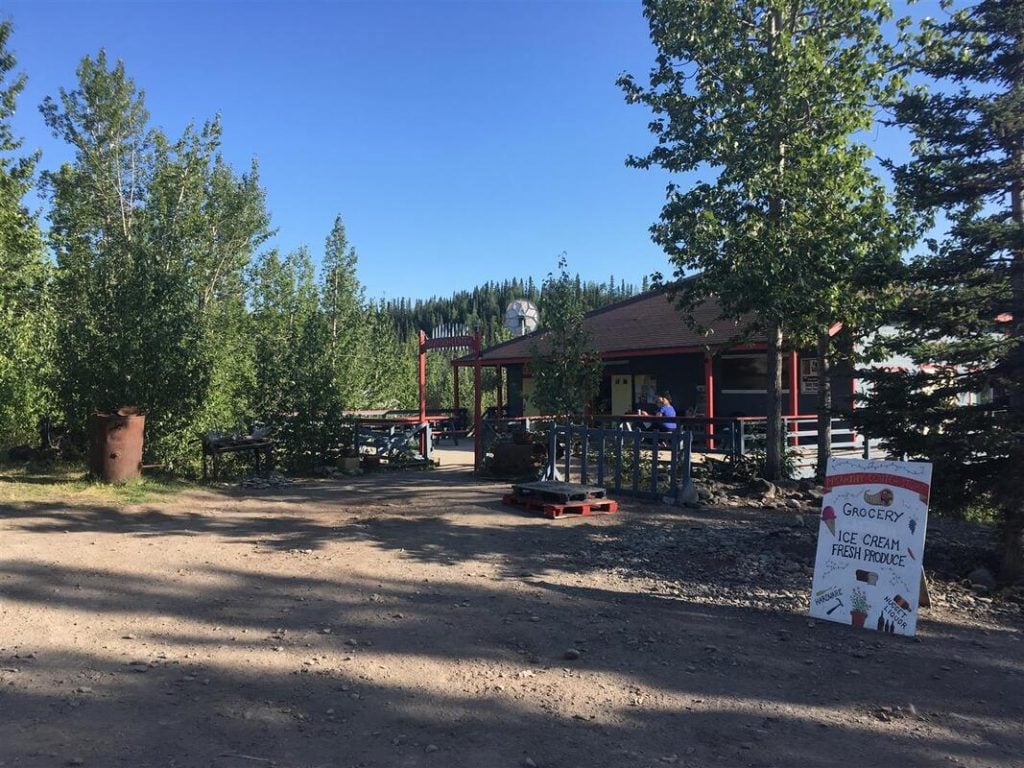 When the mine closed the town was mostly abandoned, but in the 70’s people started to move back during the boom of the Alaska pipeline construction.  This town is off the grid but does have a store, and a few restaurants.  This town had a “base camp” feel to us of adventurers, guides and those looking to live far from the masses yet retain a sense of community. 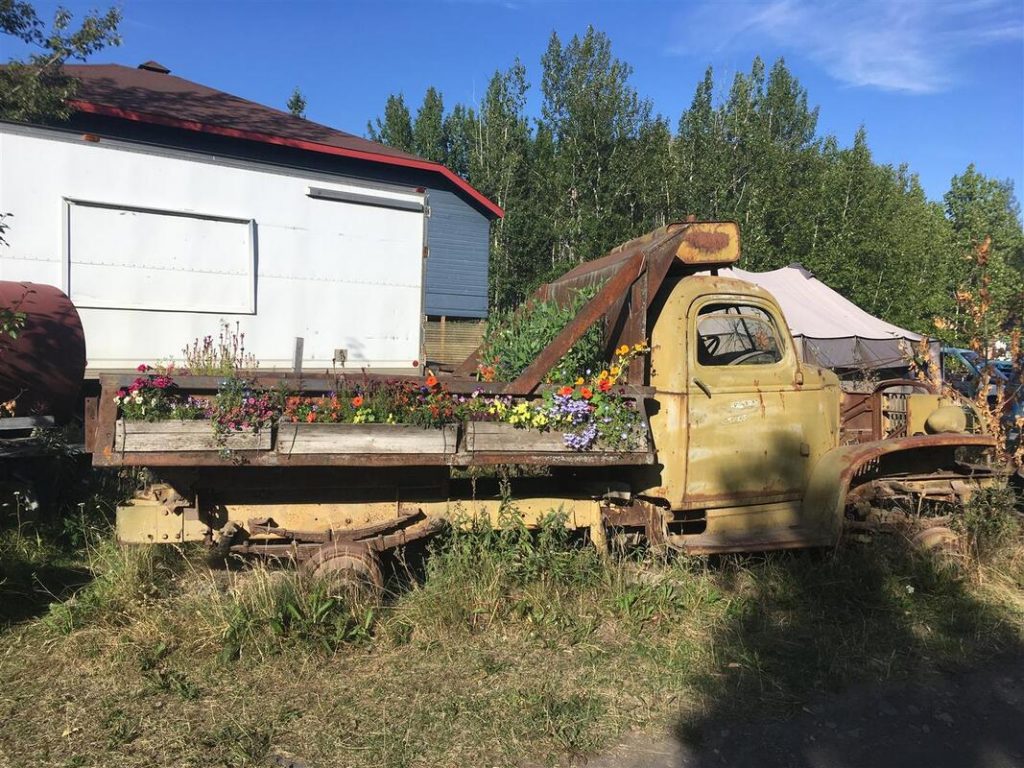 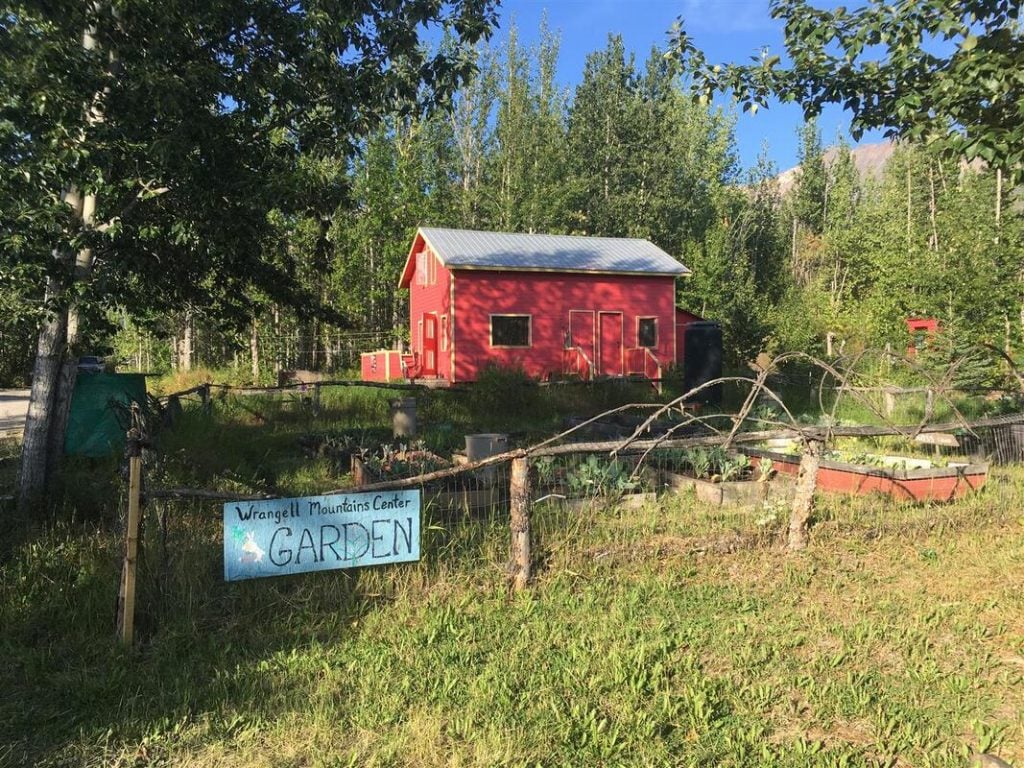 We would recommend carving out a couple of days of your schedule for doing this adventure so you can stay a while, explore the full extend of the mine and the town, and take advantage of being in the middle of this amazing outdoor playground! 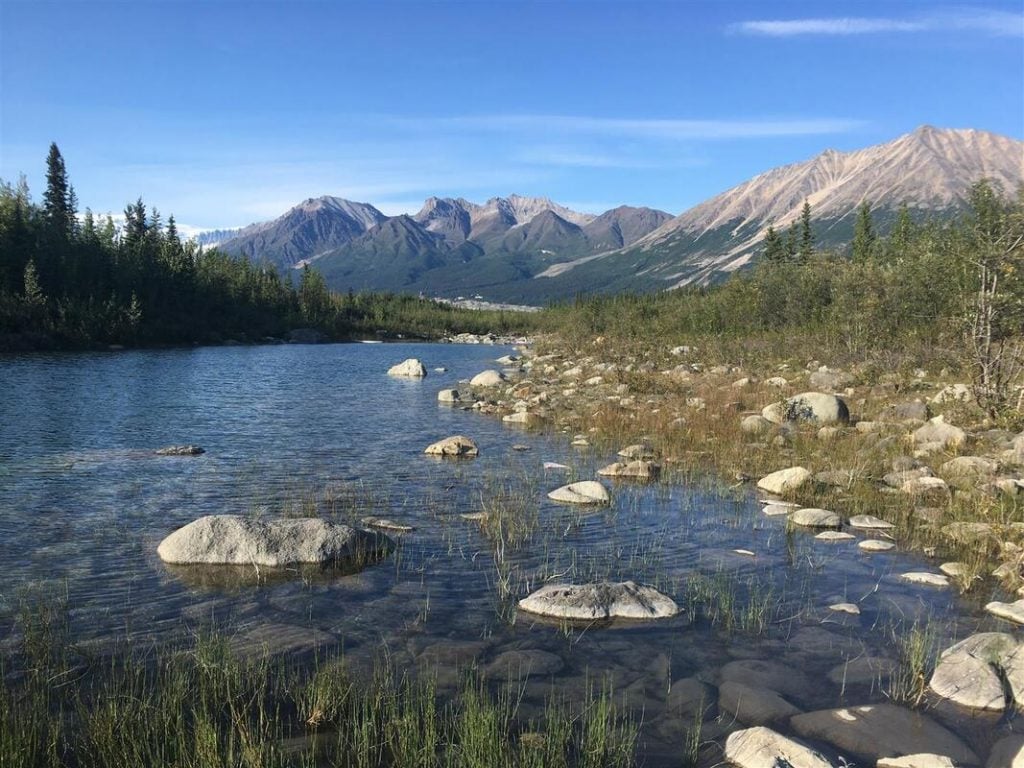 ​The Go North Expedition is made possible by Lance Camper Manufacturing, Battle Born Batteries, Truma North America, Dometic, LivinLite.net, Hellwig Suspension Products, and viewers like you through Patreon. Thank you!