We biked into Banner Elk from the cottage to explore the downtown. We visited a few interesting shops, the local café restaurant and the welcome center – but it refused to open at its advertised time. Luckily our server at the café was able to fill us in on a few things.
​
We found the “Banner Elk” – not really, but we found a statue of an elk on Main Street. ​Upon our arrival to the cottage in Banner Elk, we quickly met Al who was doing a construction job at the cottage. Al had been in the area for 40 years, and we think he took us for hippies when we told him about our adventure. He told us that all the hippies had been run out of Banner Elk, but we might find a few of them in Boone. Not knowing exactly what that meant to us, we asked him for a recommendation for something to do in the area. After telling him about our time in West Virginia and discovering a mutual appreciation for that area, he recommended we head up to Roan Mountain and the bald mountains on the North Carolina/Tennessee border.

We hadn’t realized just how close to Tennessee we were when we found ourselves crossing the state line about 30 minutes into our trip a few days later. We left early and were the only ones winding up the mountain roads of Roan Mountain State Park. It was cold, especially in the shadow of the mountain, and trickles of water seeping out of the rock formed walls of icicles along the road!
​Located on the North Carolina/Tennessee state line, Roan Mountain is actually more of a mountain range about 5 miles long – called a massif – than it is a single peak. Al had recommended a place called “Carver’s Gap”. We ended up hiking another section of the Appalachian Trail, which is the main hiking opportunity on this massif, and made it to the summit of Roan High Knob which is the highest point on Roan Mountain, rising to 6,285 feet. 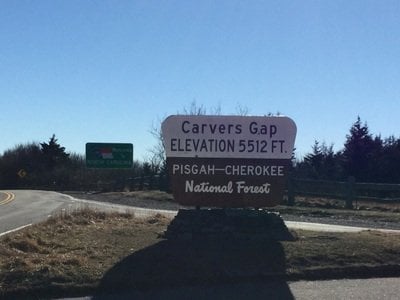 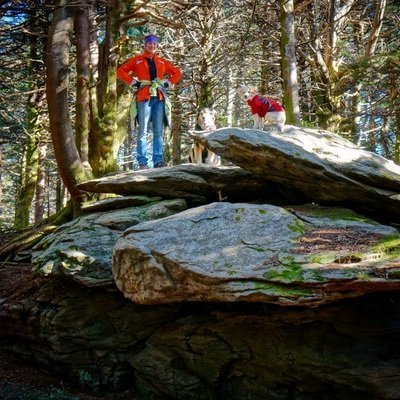 ​The forest up there was a “Canadian forest”: during the ice age, about 20,000 years ago, spruces and firs dominated the Southern Appalachian forest. Then as the climate warmed, the spruce-fir forests gradually retreated north to Canada, eventually remaining only on the tops of the highest southern mountains, like Roan Mountain. Along with the red spruce and Fraser fir, other unusual plants and animals were isolated in cool, Canada-like climate above 5,000.
​On our hike there were many places where water seemed to just be oozing out of the ground, and would flow downward in little trickles. After our hike we learned that he Roan Mountain area is also one of the origins of the New River – the very same river as in the New River Gorge in West Virginia! It was amazing to think that the little trickles at our feet grew into the raging whitewater that we marveled at a few short months ago!

​We also explored the town of Boone by bike. The town is home to Appalachian State University, and we rode through the campus as well as the downtown area. It was late Friday afternoon, and the downtown was very active, with a homemade, mountain, rural, hipster vibe. Lots of flannel! 😀 The shops weren’t hoity-toity, but more earthy and actually had an older feel to them. We discovered Earth Fare grocery stores, which are basically a smaller Whole Foods with more reasonable prices.
​As we slowly started making our way back to our truck, we decided we’d hit one of the many local breweries before we headed back to the cottage for the night. We saw an older, smaller, white building with a grassy lawn and a bunch of people mulling around. The sign said “Jones House, Public Welcome,” so we thought we’d check it out real quick. Little did we know…

​We walked in and heard music coming from an inner room. Santa Claus sat with a kid on his lap in the room to the left as other kids and their parents waited their turn. Moving further into the house we saw a performance going on, and they were really good! Score number 1: Great music. Check out tiElle on Soundcloud!
​The performance room was packed with people, and no more chairs were available. Between songs we slipped into the back room, where we found free hot cider and snacks!  Score number 2: skip the expensive beer and get free refreshments!
​After the music was over, we started chatting with another guy who was standing in the back room watching the performance. His name was Doug Kaufman, and he was a music composer for soundtracks for commercials, tv shows, and movies. We kept talking, and soon his wife Laura joined us. Laura was a singer/songwriter who had actually performed earlier before we arrived (which we were SUPER bummed about! – you can listen to her amazing music here: http://laurakaufman.bandcamp.com/releases).
​We all hit it off immediately, and they graciously invited us to dinner the next day at their house!

​Doug and Laura live with their two beautiful girls up in the mountains in Boone and are probably the nicest people on the planet! We spent a lovely evening with them talking about music, video, adventures, life, and small businesses. In videography, music is critical to the composition and movement of a movie or even a short video. We were fascinated to see their studio and learn more about their musical talents. In addition to being a wonderful singer, Laura also runs her own all-natural makeup business called Niadele, so we had lots to share and talk about being entrepreneurs. We are excited to stay connected with them, and we will definitely be coming back through to visit someday! 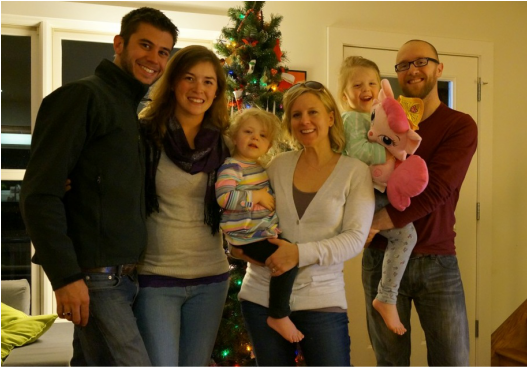 ​Grandfather Mountain is one of North Carolina’s most iconic landmarks, and is located near Banner Elk and Boone. While we did not have enough time to do all the hiking we wanted to on it, we shall return someday to do so. We sure enjoyed the views of it every day! 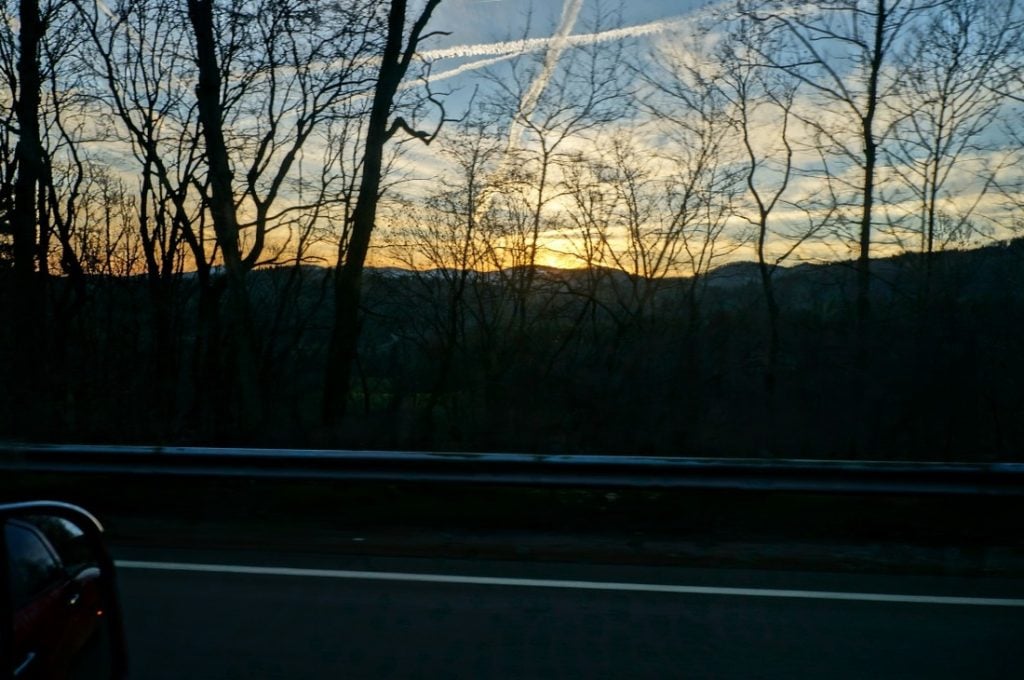 ​We highly recommend this area for anyone looking for an awesome vacation – winter or summer! There is so much to do and see, and so beautiful.