You are here: Home / RV Travel Destinations / The Very Best Places to See the Northern Lights in the USA

It’s hard to describe the beauty of the northern lights to someone who’s never seen them. This colorful, shimmering spectacle in the sky is just something you need to see for yourself. Too bad you can’t see them from the continental United States, right?

Wrong! Generally, you’ll have a better view of the northern lights the farther north you are, but that doesn’t mean you have to go to the Arctic to do it, or even Alaska.

You won’t experience this magical sight from Alabama, no matter how dark the night sky is. But you can see this natural light show from many places in the United States. You just have to be in the right place at the right time, and we’ll help you get there. Let’s learn more.

What Are the Northern Lights?

Scientists use the term aurora borealis to define this amazing natural phenomenon. What looks like vibrant lights dancing high above the horizon is the result of positively charged protons and electrons crashing into Earth’s magnetic field. This is stronger in the northern hemisphere.

Non-scientifically, this technicolor light show has a dazzling display of swirling colors. Under the right conditions, your camera may observe bright and vibrant shades of yellows, greens, blues, purples, pinks, and reds. They move across the night sky somewhat like an energized rainbow.

However, the naked eye can’t detect all the colors. Without the camera, you will likely only see milky white or gray shades and in better conditions, some greens and a little pink. According to the vice president of the American Optometric Association, who spoke to the Huffington Post, “the discrepancy occurs because the specific cells that our eyes use to detect light at night also happen to be terrible at detecting color.”

But don’t let that stop you from having an amazing experience, with or without your camera.

You won’t catch this captivating sight just anytime and anywhere. First, you need dark and clear skies. This rules out most urban areas because they have too much artificial light, also called light pollution.

Unfortunately, in many areas, clear and dark skies occur during the coldest months. You’ll want to find a place with suitable conditions but with bearable temperatures. The northern lights can flash any time after sunset.

However, the darkest and clearest skies often come in the wee hours of the morning. Other factors include sunspot activity, solar wind cycles, and your proximity to the North Pole.

Before you hit the road, you’ll want to determine if it’s a good time to do it. Thankfully, it’s not completely a guessing game. Specialists in the field keep track of conditions with studied precision.

A helpful tool for tracking the lights comes from the National Oceanic and Atmospheric Administration, commonly called NOAA. The agency’s Space Weather Prediction Center has a regularly updated Aurora Forecast, tips for viewing, and other resources. You can also download an app for your phone called My Aurora.

Bundle up! We’re headed toward the lights. Remember, we can’t guarantee that you will ever see them. But you definitely won’t unless you put yourself where it can happen. Here are seven places to see the aurora borealis in the United States.

You may have guessed that Alaska would top our list. Timing is critical, though. With so much daylight in the summers, you’ll have a small window of opportunity. However, overall, it’s one of the best places in the country to see the northern lights.

About: The second-largest city in Alaska is also known as a gateway to the Arctic Circle.  As the home of the University of Alaska Fairbanks’ Geophysical Institute, it has its finger on the pulse of the lights. You can find many other fun things to do here, like restaurants, concerts, and museums. It’s also a jumping-off point for Denali National Park and the vast Alaska Interior.

Why You Should Go: The northern lights are almost a cottage industry in Fairbanks, so you’re in good hands if you need a guide. While you need to avoid the long summer days, you can see the lights here from late August to late April. Popular viewing areas include a bird sanctuary called Creamer’s Field Migratory Waterfowl Refuge and Chena Lake Recreation Area.

Pro Tip: While in Alaska, make sure to check out these Top 10 Things to Do in Denali National Park.

We won’t be going into Canada, but we’re awfully close to it at this national park in the northern Rockies. Go any farther north, and you’ll cross over into British Columbia or Alberta.

About: Glacier National Park, established in 1910, covers over a million acres in western Montana. It’s one of five national parks with active glaciers. This International Dark Sky Park means you’ll have lots to see, day and night.

Why You Should Go: Lake McDonald, with 10 miles of surface, acts like a huge mirror reflecting the northern lights’ rays. During the day, you can explore the rugged landscape. The park’s Going-to-the-Sun Road is a 50-mile scenic diversion that’s an official National Historic Landmark. In addition, the park has 700 miles of hiking trails among its mountains, forests, glaciers, and lakes.

This vacation spot is about 80 miles from Spokane, Washington, in northern Idaho. The north end of the lake actually extends into Canada.

About: In the shadow of the majestic Selkirk Mountains, Priest Lake is 300 ft deep and covers 19 miles in Idaho’s panhandle. Along its shores, you’ll see unspoiled wilderness areas and a popular resort community that offers recreation year-round. Many enjoy fishing, hunting, hiking, camping, skiing, and snowmobiling here.

Why You Should Go: Avid light-watcher and photographer Craig Goodwin calls it his “most reliable and rewarding location” in Idaho. “Hill’s Resort has a clear view, with sandy beaches and fire pits that make waiting for the Aurora almost as enjoyable as the show itself,” Goodwin says. He also recommends the beach area at Priest Lake Museum, housed in an old Civilian Conservation Corps cabin.

Articles To Inspire Your Next Adventure:

Heading northeast to New England is another possibility for seeing the northern lights. The area has huge lakes, mountains, wild forests, and hardly any light pollution.

About: When you think of northern Maine, you may visualize the quaint, rural, and friendly towns of Aroostook County. However, vast expanses of remote wilderness surround them. Many visitors love spending time at Baxter State Park and Katahdin Woods and Waters National Monument. The region is also home to the final stretches of the Appalachian Trail, which crosses 14 states.

Why You Should Go: What these vast, undeveloped areas in Northern Maine have in common is lots of darkness. In fact, Katahdin Woods is certified as an International Dark Sky Sanctuary. Another section of wilderness, owned by the Appalachian Mountain Club, is also an International Dark Sky Park. These places are incredibly conducive to a thriving wildlife population and have great potential for viewing the northern lights.

The Midwest has some options, too, starting with this park on Lake Michigan’s shoreline. As an international dark sky park, you will have better chances of seeing the aurora.

About: These 600 acres lie on the northwestern tip of Michigan’s Lower Peninsula and have two miles of shoreline. It’s just a few miles from Mackinaw City, near where the Straits of Mackinac flow into Lake Michigan. The pristine tract of thick, old-growth forest became an International Dark Sky Park in 2011. It’s popular with stargazers out to see the Milky Way, too.

Why You Should Go: The improvements to the land at the Headlands help people enjoy nature and the skies. It has five miles of trails and two places to stay: the Stargazing House and the much larger Guest House. Both have areas built especially for viewing.  It’s a 24-hour park, but arriving during the day allows you to see the area and trails.

Pro Tip: After staying up all night searching for the Northern Lights, have a rest at one of these 4 Best Mackinaw City Campgrounds.

You can also try seeing the northern lights by boat or from a primitive campsite. This national park is one of the least visited because it’s hard to get to.

About: This park, established in 1975, lies near the city of International Falls. Its name honors the French-Canadian fur trappers who frequented the area in the 18th and 19th centuries. However, you’ll need a boat to get here. Voyageurs has nearly 300 campsites and is extremely popular among boaters. Other activities include fishing and observing wildlife.

Why You Should Go: Yes, you can drive to the park, but most of it is inaccessible to cars. It has 15 backcountry camping sites that make for an incredible adventure. Being so remote, you can likely enjoy the lights in complete solitude with no one else competing for your attention.

Can you really see the lights as far south as Pennsylvania? You can if you’re lucky! And, well, it’s in northern Pennsylvania, just miles from the New York state line.

About: This 82-acre state park, carved from the Susquehannock State Forest, is one of the darkest areas around. In fact, it became the first International Dark Sky Park in the eastern United States back in 2007. It’s located along State Route 44 in West Branch Township and named for the large stand of cherry trees there.

Why You Should Go: It’s so popular with sky watchers that the park has an overnight area set up for them and their telescopes. On a typical night, you may see several dozen of them, maybe even a hundred or more. This crowd of like-minded people gives Cherry Springs State Park a communal vibe. It also has three astronomy domes and 30 rustic campsites.

You Don’t Need a Passport to See the Northern Lights

They call them the northern lights because you can’t see them from the South. But that doesn’t mean you have to travel to the North Pole to take in the magnificence of the aurora borealis.

In fact, you don’t even have to cross a border into Canada. It’s true that you might have a better view the farther north you go. However, rest assured that you can see the northern lights from many places in the United States. Just make sure it’s not too cloudy when you go, and there’s not a full moon. If you do catch these dancing waves of light, you may have an experience you’ll never forget.

Have you seen the northern lights? If so, tell us where and how you would describe the experience. 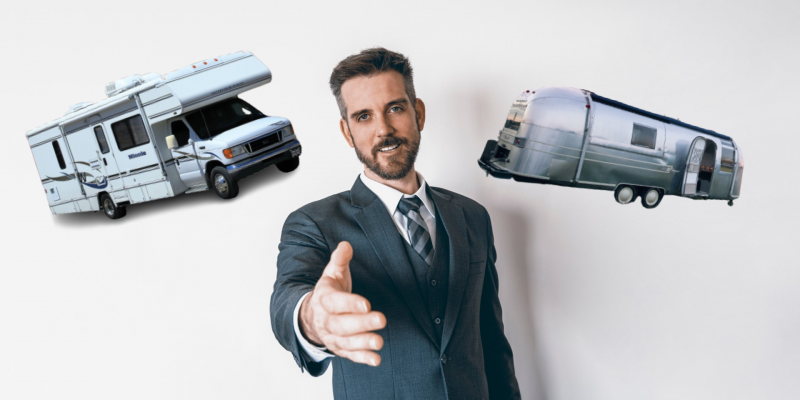 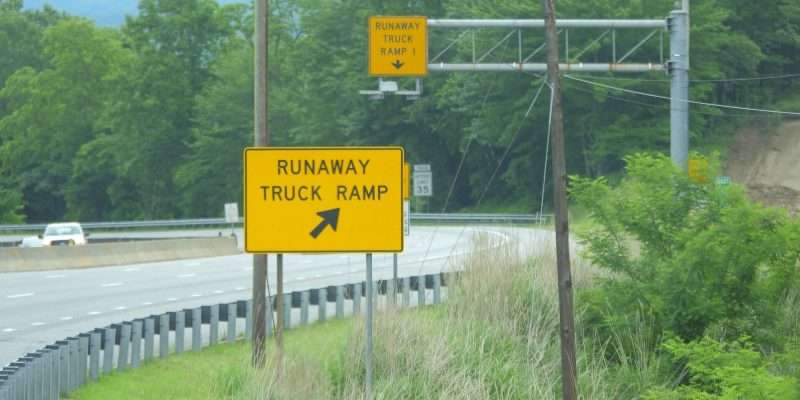 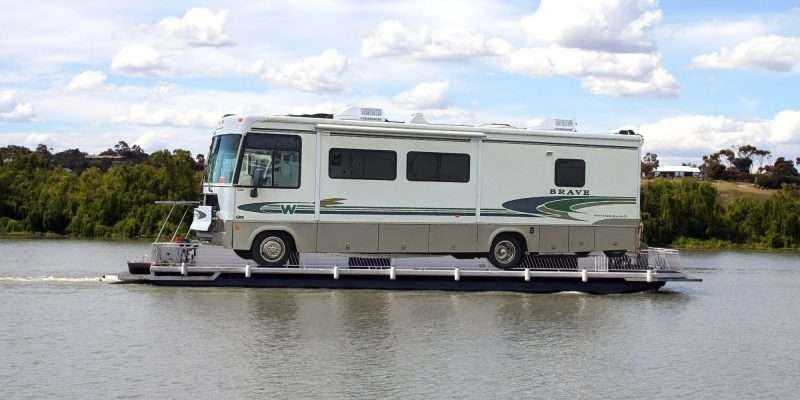