On the Edge of the Everglades – Picayune Strand

While boondocking in our RV at Picayune Strand State Forest, we learn that it is the site of one of Florida’s biggest property scams ever. Additionally, we learn it’s one of its largest restoration efforts for the Everglades.

On our RV tour of Florida, we found boondocking at Picayune Strand for $10/night about 45 minutes outside of Naples.

It turned out that this place was awesome. Neat, well maintained, grassy, sunny area. It had a popular equestrian set up with 20 paddocks for horses and lots of room for trailer parking. Horses and riders came and went all day every day we were there – which Caitlin really loved!

Click here to find out more about Boondocking at Picayune Strand

​It also turned out that this place was the site of one of Florida’s largest property scams ever.

It was going to be the largest sub-division in the world. In the 1950s and 60s, the Gulf American Corporation began selling off property lots in the projected community of four hundred thousand called Golden Gate Estates. They had built roads and canals to drain the area.

Salespeople wined, dined, and flew prospective buyers over the property. They sold twenty-nine thousand lots over the telephone to out-of-state buyers. These folks had no idea that by late June, despite 180 miles of drainage canals, they would need boats to reach their land. The total area was 112,000 acres, containing 880 miles of roads, and 183 miles of canals.

The End of Golden Gate Estates

The development failed because, inevitably being in the Everglades, the area regularly flooded. Upon further scrutiny, officials determined that the infrastructure and land area could not really support the number of homes and people it had claimed.

Some of the development – the part north of Alligator Alley (I-75) – was completed and still has homes on it today. However, Gulf American Corporation fell through. They filed for bankruptcy in 1978 and most of the Southern Golden Gate Estates lots had no development on them.

At that time, it was obvious that the extensive road and canal system was having an adverse effect on the natural communities of Picayune Strand and associated ecosystems, including Faka-Union Bay and the Ten Thousand Islands area. The State of Florida decided to purchase the parcels to reclaim the Southern Golden Gate Estates land for State Forest. Unfortunately, this was easier said than done.

The State slowly put plans in place to destroy the canals and roads.

Water once flowed through the area over 11,000 square miles in its natural path from Kissimmee, to Lake Okeechobee, to the Everglades. The water flowed over the land in a sheet that what is referred to as the “River of Grass” – a mosaic of sawgrass marshes, freshwater ponds, prairies and forested uplands all the way to the Everglades, and then into the Gulf of Mexico.

Today that area is about half its original size because of drainage for agricultural and urban development and flood control. This River of Grass was interrupted, and cut off the natural flow.

Many restoration projects are in progress under the umbrella of the Comprehensive Everglades Restoration Project (CERP). It covers 16 counties over an 18,000-square-mile area, and centers on an update of the Central & Southern Florida (C&SF) Project. The current C&SF Project includes 1,000 miles of canals, 720 miles of levees, and several hundred water control structures.

This project includes the Picayune Strand. ​

The State decided to reintroduce the flow of water to the Picayune area by building 3 pumping stations, costing $700 million. The pumping stations will take runoff from the northern development, treat the water*, and pump it out over the land to simulate the original flow of water. They hope that this will return Picayune to its natural state without disrupting the Northern Golden Gate Estates.

​After talking with locals, we learned that this activity is controversial because it will cost a lot to run the pumps constantly into the foreseeable future. It was already an excellent place for recreation by utilizing the canals for fishing and the roads for accessing deep backwoods territory.

There is also a weariness among the South Floridians. They haven’t forgotten that it was the Government and the U.S. Corps of Engineers that tried to channel and drain the area in the first place, causing a lot of the problems. (See the article about Lake Okeechobee)

The Importance of Hydrology

At the time, I was reading “Let Them Eat Shrimp: The Tragic Disappearance of the Rainforests of the Sea.” It’s a book about the decimation of mangrove forests across the globe. It talks about the Everglades Restoration project, and Picayune Hydrology in particular – which was so cool since we were there! 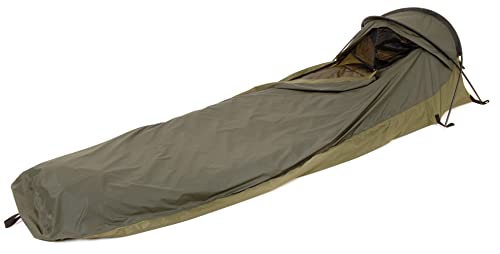 Picayune Strand is carefully monitored for salinity values in its water. Salinity has been increasing because of the freshwater cut-off caused by the Golden Gate Estates development. Mangroves need freshwater to survive, so the restoration of this area and the pumping of freshwater back into it will lower the salinity and promote natural vegetation growth appropriate to the hydrology of the ecosystem.

The theory is that once you get the hydrology correct, Mother Nature and time can pretty much take care of the rest.

A Piece of the Everglades

It was really eye-opening to go to the edge of the Everglades and see this for ourselves. The timing was perfect as I read the aforementioned book and was able to be there and understand what was being done. Not only that, but we had been through the entire area of the original Everglades watershed, from Three Lakes WMA near Kissimmee, to Lake Okeechobee, to Dinner Island WMA, and finally to Picayune Strand!

It was truly amazing, and humbling, to see.  It is only one example of the interconnectedness that can be realized through travel.

Warne, Kennedy. “Let Them Eat Shrimp: The Tragic Disappearance of the Rainforests of the Sea.” 2011.

I just stumbled upon your blog. I'm the biologist for Picayune Strand State Forest, and I just read your blogpost for PSSF from your March visit. I thought the capsule summary for PSSF's history was a good accounting for the history of the place. I would correct that the pump stations will not 'clean' the water. They will help suck water out of the canals to their north (i.e., developed Golden Gate Estates) to ensure there is no flooding during high rainfall events (25 year rainfall event or less). As the water passes through the forest via sheetflow, the water will then be cleaned before it passes into the Ten Thousand Islands/Rookery Bay ecosystem. But this correction is a small tidbit in your overall history, and I do appreciate your description of the place. I'm jealous of your RV travels. My girlfriend and I have 3 dogs of our own, and I can't wait to get a RV so we all can travel together (and not have to stay at 1 or 2 LaQuinta rooms each night). Anyway, take care and enjoy the world! Dexter