Skip to Content
This post may have affiliate links.
Travel Stage: Working our way south along the West Coast. After Portland, before Redwoods
Date Range: November 5 – 6, 2016
Summary: A simple overnight at a beach park near Coos Bay, Oregon proves costly when our two mountain bikes are stolen from the back of our fifthwheel in the night. Here are some lessons we’ve learned from the experience. 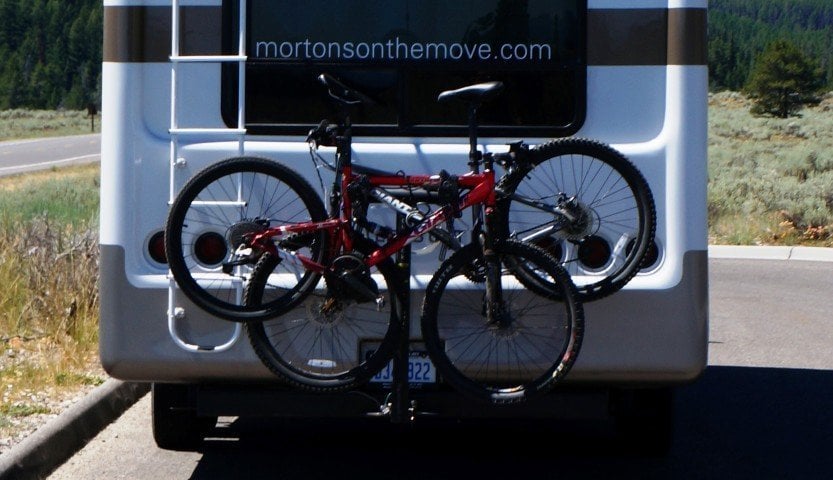 ​When we left Florence, OR it was – surprise! – raining. After a few hours of driving, we headed out to a free overnight parking spot that a couple of friends had used just a few weeks prior that was right by the water!
​On Campendium, the place had mixed reviews for the Bastendorf Beach BLM camping spot.
We thought we’d give it a try, and after taking the windy drive out to the shore from Highway 101 in the rain, we didn’t want to go searching for another place. We pulled up on the shoulder with the other cars who were there to watch the stormy waves crash on the beach. We pushed out our slide and it nearly hung over the water it was so close!
​
The wind and the rain persisted through the night, and the waves crashing on the beach lulled us to sleep.
​In the morning, we awoke to sunshine, blue sky, and a calmer sea. We strolled around letting the dogs do their business and that was when we discovered..
…our bikes were gone.
​The feeling of having something stolen is one of the worst feelings in the world. It is so incomprehensible to us to take something – anything – from someone else that we were completely and utterly confused and upset.
​The thieves had come in the night, cut our cable bike locks, and removed our two mountain bikes from the back of our fifthwheel while we were inside. They only thing that makes us feel marginally okay about what happened is thinking of it in the context that the bikes were the only thing they took/messed with.

Our parking spot in the morning. Bikes were gone.
​We followed the tire tracks of our stolen bikes down the road a good quarter mile to a spot where we figure they were loaded into a truck and driven off. We stopped and talked to some other people who had spent the night by the beach and they hadn’t seen any bikes or the people who did it.
​We called and filed a police report, but it didn’t do us much good because we didn’t have serial numbers for the bikes.
IF YOU HAVE BIKES WITH YOU, TAKE A PICTURE OF OR WRITE DOWN AND SAVE THE SERIAL NUMBERS!
The police can’t really do anything without a serial number, but regardless I gave them detailed descriptions of the bikes.
Then, like when we lost Bella in Michigan and used Facebook to find her, we turned to Facebook and placed an ad on our page targeted to the Coos Bay area. I called pawn shops and bike shops. I joined all the Coos Bay and surrounding area Facebook groups for community discussions and buying/selling (which there are a ton of on Facebook.) We scouted Craigslist (and kept an eye on this for many weeks to come).
​And then all we could do was continue on down the road. We were only there for the night, and had somewhere to be that afternoon about 3 hours away in Crescent City, California. It felt so weird to leave without our bikes. 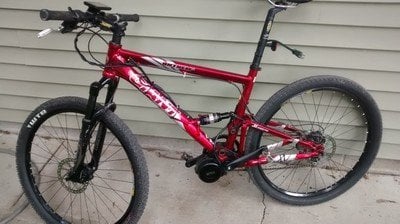 ​I was upset we had our bikes stolen, but I was REALLY upset that Tom’s bike had been stolen. It was a really nice bike that had been a gift to him from his grandmother 10 years ago. It was a Giant Anthem II (for those of you who are bikers) and it fit him perfectly. Tom had ridden it for years mountain biking and racing. He had gotten out of that and had retrofitted it with an electric motor so we had another “motorized vehicle” for running longer distances easily.

​We had a lot of response about our Facebook ad. We reached over 15,000 people in the Coos Bay, Oregon area. It had been reshared over a hundred times, and we had a lot of sympathy poured on us from the community, which helped heal our wound quite a bit!
We even had a woman offer to give us her bike because she felt so bad; we turned her down because we learned she was still using it to go biking with her son, but the offer was still so sweet.

​
The next morning I received a message that someone might have found one of the bikes. My hopes soared! “Please let it be Tom’s bike!” I thought.
​I got the man’s phone number and gave him a call. He told me he had found a bike later in the day that we noticed them missing just down the road from where we had stayed. It was back in the woods away from the road hidden in the trees where he occasionally goes mushroom picking. He thought it was odd, and almost left it there. 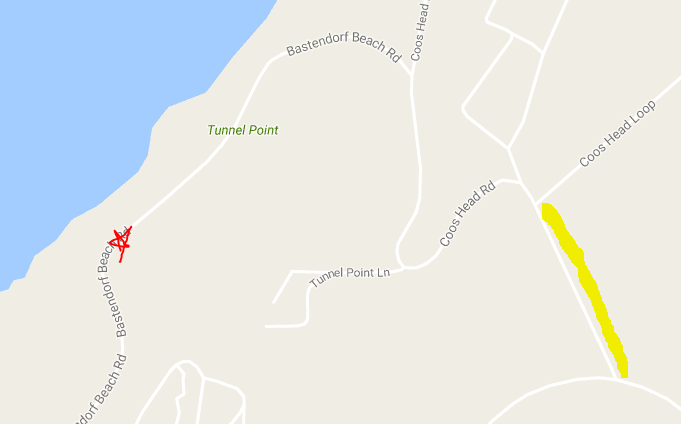 Red star: Where we were parked. Yellow area: Where Cait’s bike was found
​“What color is it?” I asked, fingers crossed.
“Gray.” Hopes crushed. Oh well, it was one of them. One is better than none!

Retrieval of the Bike

​We drove the 3 hours back up to Coos Bay a few days later to pick up the bike. No other lead came from our ad, and no word from the police. We spent several hours searching in the area where the man had found my bike and found a creepy network of trails going from homeless camp to homeless camp in the trees. No sign of Tom’s bike.

​It has been nearly 4 months now since the bikes were stolen, and still it has not been found. Perhaps it had been scrapped, perhaps sold, perhaps being ridden around by whoever stole it. That night in that town stands out in our travels as the worst part so far. Worse than the truck breaking down in Alabama. Worse than having to rebuild the front end in Montana. Losing Bella was bad, but that all turned out okay – I do tell myself that I’d rather lose a bike than a dog. It is completely replaceable. But it still feels terrible!

Tips on Preventing & Dealing with Theft

​We wanted to share a list of recommendations for preventing theft while you’re traveling, aiding the recovery in case of a theft, and engaging the surrounding community when you lose something.

Prepare Before the Theft

It’s not fun to think about things being stolen, but if you do a little work ahead of time the reporting of a theft goes smoother and the chance of retrieval increases.

We hope there is a silver lining in all this: We are smarter and better prepared now to prevent a theft and deal with it should it happen again. We also hope others can learn from our misfortune and also prepare themselves and think about where they park and travel to with reasonable caution.

And no matter what, the bigger picture is that this was the only negative incident that’s happened to us in our year+ of travels so far. The compassion and support that we received from the Coos Bay community was also heartwarming. It’s the 5% of people out there who are out to ruin your day, but don’t let that cloud out the 95% of people who are good, kind, and caring.

Have you ever had something stolen while traveling? Were you able to recover it? What happened? We’d love to hear your stories and any additional lessons you’ve learn on how to prevent and deal with theft on the road in the comments section below.

Hi, do you still use the Nulock to protect your bikes? If not why? or what do you use at this time? Thank you

It's not fun to think about things being stolen, but if you do a little work ahead of time the reporting of a theft goes smoother and the chance of retrieval increases.

I live in Coos Bay and vividly remember your story. I think of you and bikes whenever I see a post about a found bike, always hoping it would be yours and your motorized bike would eventually returned to you. I'm sorry this happens to you especially in our town, thanks for sharing your story to prevent this from happening to others.

My bike was stolen from the Willman M Tugman campground in early July 2017, that is right near Coos Bay. It was aBlack with orange striping, GT Karakoram 29er. I spoke with the camp folks there, seems it is a not so infrequent thing to have a bike, generator, or anything that looks valuable stolen from any of the campgrounds off 101. I feel your husbands loss as my bike was also a present from my now deceased father. He bought the bike for me so I could ride with my sons (one of his favorite memories was riding with me). Hope someone reads this and learns from it. Andrew