You are here: Home / RV Solar / How Are RVs Wired? Helpful RV Electrical Basics for Beginners

Knowing how your RV’s electrical system functions is fundamental for safety, functionality, and best maintenance practices. For all these reasons and more, let’s break down the RV electrical system.

There are three primary electrical systems in your RV: direct current (DC), alternating current (AC), and chassis/vehicle power. While both AC and DC refer to current flow types in a circuit, the two are not the same. Let’s explore each individually, and then we’ll look at them as a whole.

Your RV uses DC power when it’s running off battery storage. DC (direct current) refers to an electrical charge (current) that only flows in one direction. It’s the power coming from your RV batteries. The system is usually 12V and is sometimes called the house battery system.

Developed by Thomas Edison, DC was the electrical standard in the early years of electricity. However, it does not easily convert to higher or lower voltages.

Today, much of our standard electricity is AC, like the outlets in our homes. AC is great for long distance transmission, but is almost always converted back to DC for final application use. Things like LEDs, solar cells, computers, and some electric vehicles operate on DC power.

There are also ways to convert DC to higher and lower voltages. Modern electronics are making it easier to due this, further increasing the applications for this steady state power.

The amenities mentioned above depend on power from the RV’s battery bank.

Your RV uses AC power when it’s plugged into shore power. AC (alternating current) refers to a current that switches directions a certain number of times per second (60 times per second in the United States).

Nikola Tesla developed AC (alternating current), which he felt was superior to DC (direct current) because a transformer could convert it to varying voltages.

AC is the current you find in the wall sockets of a sticks-and-bricks home and most buildings throughout the United States. You might also hear it called “120V current.”

Your RV wall outlets are usually 120V sockets and are AC-powered. Your RV’s refrigerator may use AC power part of the time, and your RV television will usually rely on 120V AC.

Additionally, your RV’s microwave and air conditioner both run on AC power only. This is why your RV’s batteries cannot power the microwave or air conditioner. They require you to either be plugged in to shore power, running a generator, or using an inverter to provide 120V power.

Towable RVs get plugged into their tow vehicle to provide the chassis power. Whereas driveable RVs have an integrated chassis power system.

Chassis power refers to your engine’s battery power. The chassis battery, sometimes called the starting battery, is different from the deep cycle battery that powers your amenities. It delivers high-energy bursts for short periods to start the engine.

Your chassis battery uses a generator (alternator) built into the engine to keep it charged while operating. When the engine is off, it uses DC power from your chassis system battery to start your vehicle.

When the engine is operating, the chassis power system usually provides a small amount of charge to the RV’s house batteries. Because of this, driving the RV will slowly charge all batteries.

Where Do RV Electrical Wires Run?

A large cord plugged into an electrical pedestal delivers AC power to the RV wires running throughout your rolling home. That large plug runs into your RV, where it connects to a 120V breaker panel. Wires run from that breaker panel to outlets and appliances and a converter that changes AC power to DC.

From the converter, wires run to a 12V DC fuse box, which will have wires connecting to your RV’s fans, lights, water pump, and 12V outlets. Wires also run from the house battery bank to an inverter, which changes the 12V DC power from the batteries to 120V AC power that runs back to the 120V breaker panel mentioned earlier. That way, you can run your appliances sparingly when on battery power.

When you’re plugged in to shore power, it runs everything in your RV. When you’re not, your RV’s house batteries will power the necessities like your lights and fans. But if you want to power more appliances when using a battery, you’ll need an inverter.

Your RV’s battery is often called your house batteries. We’ve been talking about how this battery uses AC power to charge and emits DC power to operate the basics in your coach. Wires start from the battery and run throughout your RV to provide energy.

Typically, a house battery will be 12V, but some large specialty RVs operate on 24V or even 48V. You can choose between lead-acid and lithium-ion batteries. Lead-acid units have been around the longest and are your tried-and-true batteries, but lithium-ion batteries are making impressive headway in the RV universe.

Lithium-ion batteries last longer, are more durable, and can power more things than your typical lead-acid unit. They also last for 10-15 years, whereas lead-acid batteries only last for three-five years. They’re more expensive upfront, but when you consider how long they last and the power you get from them, the cost is comparable if not cheaper.

RV parks and campgrounds often supply electrical service for many types and sizes of RVs. For this reason, you’ll usually see three different levels of shore power: 20, 30, and 50 amps.

A 20-amp power receptacle looks like a standard household outlet providing 120V 20-amp power (though many homes provide 15-amp electrical service). It will often be an outlet on a shore power pole that accommodates a typical grounded outlet and functions as the electrical outlet in any home.

The majority of small and mid-sized RVs are rated for 120V 30-amp electrical. If the plug on your RV is a large plug with three straight prongs, you’ve got a 120V 30-amp plug. Most campgrounds and RV parks will provide you with a 30-amp outlet for direct power.

A 120V 30-amp outlet gives you around 3,600 watts of power. This means that exceeding the  3,600 watts total or the total 30-amp capacity would likely trip the 30-amp breaker in the RV or campground pedestal.

Basically, you don’t want to run your RV’s air conditioner and your microwave, electric water heater, hairdryer, coffee maker, space heater, two TVs, and a toaster all at once. But as long as you proceed reasonably, 30 amps should be sufficient to power your rig unless you’ve got a large RV. More on that next!

A 50-amp service will give you 12,000 watts of power. However, if a campground power pole offers a maximum of 30-amp service, you’ll still be limited to the 3,600 watts available with 30-amp electrical service, even with an adapter. 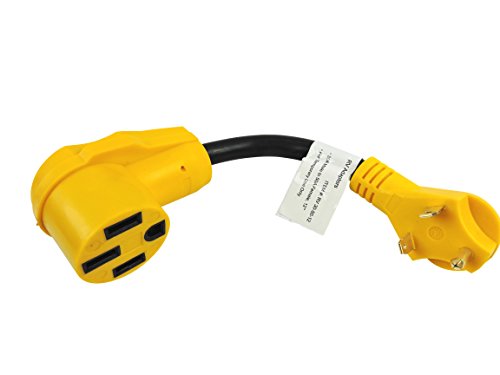 With the right adapters and surge protectors, 30-amp RVs can be hooked up to 50-amp service and vice versa. To learn more, read You Need to Know: Can You Hook a 30 Amp RV to 50 Amp Power?

How Power Is Converted Between RV Electrical Systems

Now that you understand a little about the power running through your RV’s wires, you might wonder how converters get the charges where they need to go. Here’s a rapid rundown.

Purpose of the RV Converter

A converter takes the electricity from a 15-amp, 30-amp, or 50-amp power outlet. It sends that power (through the converter) to the RV appliances such as your house air conditioner, microwave, AC outlets, etc.

Purpose of the RV Inverter

An RV battery inverter takes the 12-volt DC power from your RV batteries and converts it to 120-volt AC power. Essentially, it allows you to run 120-volt (AC) devices and appliances for the life of your 12-volt (DC) battery.

Many RVs will have what is called an inverter charger unit. This is a single unit that combines both inverter and converter functions. This single box can use AC power to charge the batteries or convert power from the batteries to 120V AC.

How Is the RV Battery Charged?

The RV house battery bank receives charge in several ways. When you drive, or the RV’s engine is running, the alternator charges the RV’s house batteries. A running RV generator will also charge them. The same is true when your RV is plugged in to shore power.

And finally, if your RV has solar panels on the roof, the created energy runs through a charge controller and into your RV’s house battery bank, charging the batteries from the incredible power of the sun.

It can be somewhat confusing when you try to comprehend it in writing. However, when you’re in the RV using electricity, it all starts to come together, and you can enhance your traveling and camping experiences with this knowledge. 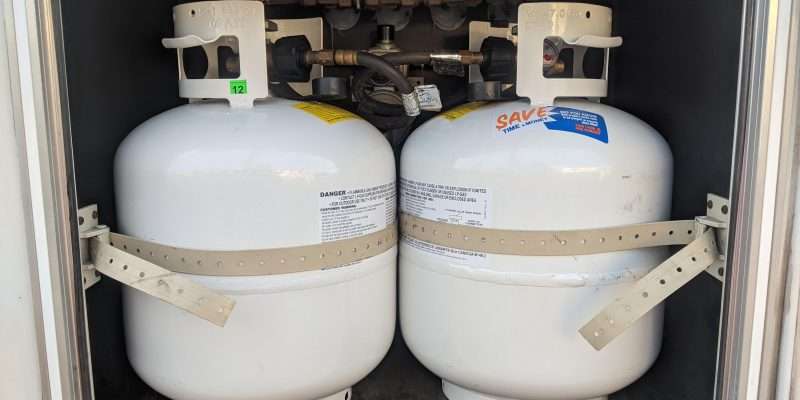 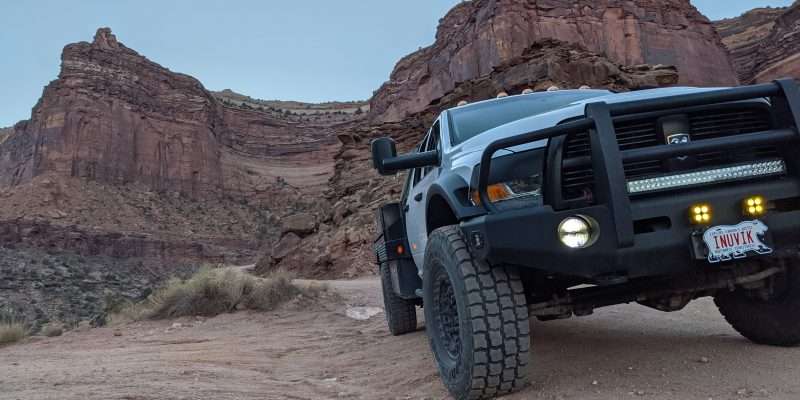