You are here: Home / RV Gear / What Is an Inverter Generator?

Power. Electricity. We all use it, rely on it, enjoy it, and want access to it wherever we are, and inverter generators make that possible.

For many RVers, inverter generators are a much better option than a standard generator, which is loud, large, heavy, and gulps fuel. Let’s find out why and determine whether an inverter generator might be worth it for you.

What Is an Inverter Generator?

The main difference lies in how they produce electricity. An inverter generator contains electronics that function differently, controlling the engine to meet demand instead of running at full tilt no matter what it’s powering.

What’s The Difference Between An Inverter Generator And Regular Generator?

Whether standard or inverter, all portable generators use an engine that runs on gasoline, diesel, or propane to turn the alternator and produce AC (alternating current) electricity.

Standard generators need to run at one continuous rate to produce the correct frequency. This makes them louder even under light load and much less fuel-efficient.

Inverter generators also use electronics to produce the power output that you use and can produce much cleaner output. This means that their voltage will not sag as much, and they have much fewer harmonic distortions to their AC waveform.

This can help sensitive electronics perform best and eliminate things like a buzz from power adapters and audio systems.

How Do Inverter Generators Work?

Inverter generators have and engine and alternator just like standard generators, but a few additional pieces including a rectifier, and inverter.

Inverter generators start with an engine, this can be gasoline, diesel, propane or natural gas. The engine is electronically controlled and its speed is varied by a computer.

The second component is the alternator. All generators have an alternator but inverter generators alternators do not produce the final output. As the engine speed increases, it produces a higher frequency. This would be unusable if we were to plug into it so this power needs to be converted.

A rectifier is used to rectify or convert the AC power to DC. This is usually a higher voltage DC around 100-200 volts. Because the power is converted to DC the frequency of the alternator does not matter as we get rid of frequency altogether. Now the faster the engine turns the more DC current it can generate. This is how these generators get away with varying its speed.

The last step inside an inverter generator is to convert that DC power back to AC we can use. It changes (inverts) the DC into a steady, perfect AC signal with no spikes and surges. The waveform a high quality inverter generator will put out is almost always better than standard generators.

It may seem that all these conversions would add loss (which they do) but most of the time portable generators are not running at full load.

To sum up, the engine only uses as much fuel as necessary, making it more efficient than a standard portable generator. Because it can run at lower speeds It’s also quieter and more eco-friendly.

How Much Do They Cost?

The built-in inverter and the rectifier used to cost more, but today there are many portable options on the market. The supply has driven the price down, so a 2000-Watt model will run anywhere from $400 to just over $1,000, quality dependent.

There are large, mid-sized, and recreational-sized inverter generators on the market. All are portable. Let’s take a quick look at all three sizes for the sake of comparison:

The large inverter units connect to your house with a transfer switch (a safety device), are on wheels, and weigh 250 pounds or more. They pack enough punch to power an entire house, generating 9,000 Watts of power or more at 220 Volts.

A medium portable generator weighs around 80 pounds or more and may or may not come with wheels. They produce between 2,500 and 4,500 Watts but don’t have a transfer switch. You can plug appliances and electronics directly into the generator and follow manufacturer guidelines for safety.

Perhaps the most popular model is the recreational size, which you can carry with one hand by a handle. The most portable version weighs around 50 to 60 pounds. Most offer a maximum of 2,000 Watts, which is sufficient for camping, tailgating, and the like.

We’ve established a few of the main benefits of owning an inverter generator. Let’s take a closer look at some of the reasons that so many people love them.

Inverter generators make less noise. It’s in part because they’re not constantly running at full tilt but also because they have mufflers and sound-dampening materials. The result is a much quieter operation.

Inverter generators use less fuel because the engine runs slower when no power is drawn. As more power is needed, the engine increases in speed to produce that level of energy. But because the machine only uses as much fuel as is necessary when in use, you’ll save power.

Consider this: Some portable units can run for eight hours or more on just a gallon of fuel to put the power-saving benefits into perspective!

The smallest inverter generators, those most intended for campers, weigh 50 to 60 pounds, and you can carry them with one hand. Many also have wheels and a handle so that you can drag them behind you.

Inverter generators can use gasoline, propane, or diesel fuel. Most commonly, they use either propane or gasoline. Dual fuel generators use both propane and gasoline.

Some campers prefer to have the option of burning propane in their generators because they already have propane. The one drawback here is that propane generators produce fewer BTUs per gallon of fuel, so they’re less efficient than gas generators per gallon. (BTU = British Thermal Unit and is an energy measurement.)

On the other hand, propane burns cleaner than gasoline and won’t go bad and gum up a tank. If the generator will sit around for long time propane is a great option.

Which Portable Inverter Generator Is Best?

This is a great question. We personally have owned a Honda since hitting the road and it has always been reliable.

When we first started RVing Honda and Yahama were the only options but now there are many more. Here are some of the ones we have heard the best things about.

Are Inverter Generators Worth It?

Depending on your power needs, they are a great option for campers. If your needs are minor, however, you could get by with a “solar generator.” These contain a battery that either the sun or your RV or van engine can charge as you’re driving.

But if you wish to power appliances such as a toaster, coffee maker, heater, or air conditioner while boondocking, a  portable inverter generator may be the perfect power-producing unit for you.

Now that you know about this great product, how it works, and the kind of power it produces, you can consider it along with your energy needs to determine what will work best for you!

Before diving into a generator be sure to read our complete guide to RV generators article to learn about critical safety and operating recommendations for generator owners. 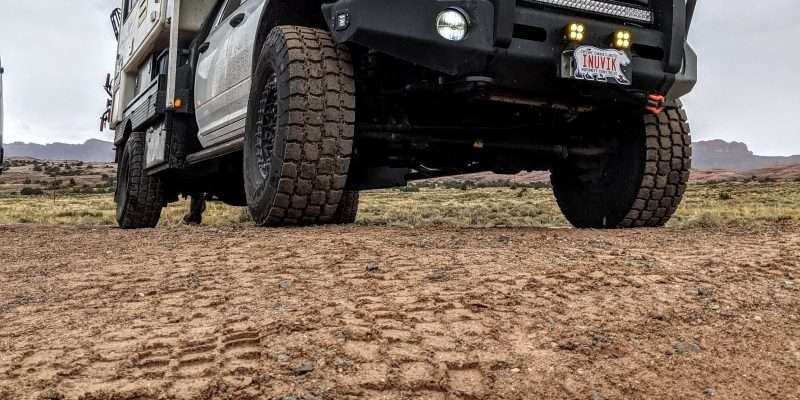